Some effects such as reverb or delay should not be inserted directly onto a track for several reasons. First and most important, if you insert a delay or a reverb unit directly onto a track you will not have any control over the sound of the effect itself. Another important consideration – it is common to use one effect over many tracks and using several instances of certain effect plug-ins (reverbs especially) can run your CPU resources dry. Parallel processing is the solution to these problems.

What Is Parallel Processing?

Parallel processing is simply sending signal from a track to a bus which feeds an effect. The effect returns audio to an auxiliary track. It is called parallel processing because you do not affect the original signal, only the sent “copy” of the signal. This is especially useful in situations where you want several tracks to be processed by the same effect. A good example is adding reverb to multi-track drums; your ears are used to hearing drums with similar reverb for each instrument for an obvious reason: it is common for a drum kit to be played in one room at a time, not in several rooms at one time– which is practically impossible. 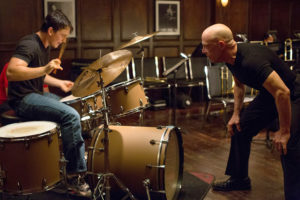 Theoretically, Pro Tools enables you to have different types of reverb units for each drum kit instrument but it is not something that will get you good results – unless you are specifically looking for that kind of sound. However, it is far more common to use identical reverb settings on every drum track. Not the same amount of reverb but similar parameters for the “space” your tracks reverberate in. This is not a general rule as some mixes may require you to use different reverb on the snare than the rest of the kit for example. It is hard to talk generally as there are no rules that you can’t bend when mixing – however parallel processing is a strong tool in any mixing engineer’s arsenal.

How To Use Parallel Processing

Create a stereo auxiliary track, insert a D-verb plug-in on any of the ten insert slots and then select a bus that will feed the auxiliary track. Next, simply send signal from any track to that bus and you will hear you track affected by the reverb plug-in. Make sure that the Dry/Wet mix parameter is 100% wet. You do not want any dry signal to come out as you have your original track that is totally dry. To change the sound of the parallel processing you can use EQ and dynamic processors. Keep in mind that for this example where we are using reverb as a parallel effect any EQ/ dynamic processor you place before the reverb will affect the signal going to the reverb while any EQ/ dynamic processor you will insert after the reverb will affect the output of the reverb unit. 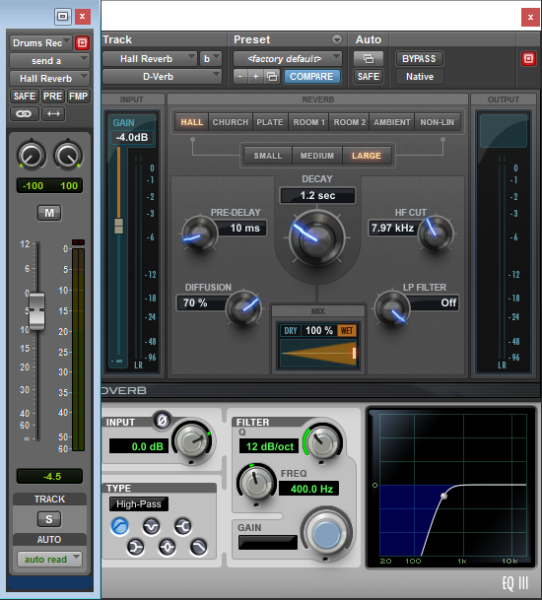 There are a lot of parallel effects that you can use in mixing. Reverb and delay are the most obvious and commonly used but creative modulation effects and compression are also very commonly used in mixing with awesome results.