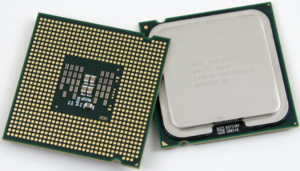 I often stop and think about how amazing it is that nowadays there is a mathematical algorithm that can emulate almost any physical process or device – all the gear in the world can and probably has a plug-in simulation somewhere out there. I am very glad to be able to live in these times where if I want a Pultec EQ sound but don’t have thousands to spend I can buy a Pultec EQ emulation plug-in and get ridiculously close to the real thing for a tiny fraction of the money I would spend buying a hardware EQ. Of course, like any great thing, it comes with a cost. The amount of calculus a computer performs when running Pro Tools and plug-ins within Pro Tools is just crazy and the processing power needed for the program to operate flawlessly is quite extensive. So how much number crunching power do you need in your processor? We review the best CPU for Pro Tools to get the job done.

What Avid Recommends for a Processor

A good place to start looking when it comes to what works and what doesn’t work with Pro Tools is the AVID website (click here to check out the minimum requirements section). What I find a little funny about their Pro Tools requirements section is that they state that in order to get optimal performance and reliability you need at least an Intel i5 processor (in both Mac and Windows) or better – however when you take a look at the recommended computers it’s pretty clear that Avid would prefer if you use a rocket of a processor such as the Intel Xeon E5-2660V3.

This is where things get confusing. Do you need a processor that could power a small server or is that a bit exaggerated for your setup? It really depends on what kind of work you do with Pro Tools but I can say, with quite a lot of confidence, that a processor such as the Xeon is an overkill, whatever Pro Tools setup you put it in.

What To Look for in the Best Processor for Pro Tools?

When buying a Pro Tools processor, judging the performance by the number of cores and the clocking speed might trick you. Looking at two CPU’s like the AMD’s Black Edition Phenom II X6 1090T and the Intel Core i7-860 shows us why.

The AMD has six cores, which means the CPU can work on six separate tasks at the same time. And each of these runs at a very respectable 3.2 GHz. On the other hand the Intel only has four running at 2.8 GHz. This means it must be slower, right? Well, no. The Intel actually outperforms the AMD due to some smart technology that creates four more virtual cores within the CPU. Of course, the AMD is a perfectly capable CPU and six cores at 3.2 GHz will be pretty speedy.

Per short, the more cores and clocking speed, the better, theoretically; Most of the technologies in these modern CPU’s like the Intel Xeon series are a bit too complicated to understand without some considerable knowledge of CPU construction – nevertheless try to inform yourself about them when shopping for a CPU as there is a big variety of new technologies that come inside what seem to be not very capable CPU units (that are actually very powerful animals).

How Much Can An Intel i5 Handle?

The minimum requirements take you a long way as I previously shown in another article (check it out here). You can run some pretty extensive sessions on an i5 without worrying about CPU overload.

My most extensive session on my Acer E572G with 8 GB of RAM and an i5 processor had over 28 audio tracks filled with native and third party plug-ins, about 15 Instrument tracks with virtual instruments instantiated and about 8 Auxiliary tracks. That is definitely not a super large session but it is more than most users ever do. And it ran flawlessly. I sincerely recommend using an i5 to people who work with Pro Tools as a hobby. If you are ever thinking about going professional, or want a high performance home studio setup, I recommend looking at the i7 series from the Intel CPU family.

There is this ongoing debate whether AMD processors are any good for Pro Tools. Some of them are, some of them aren’t, but Avid really does not recommend AMD processors as they might work excellently with one version of the software and then give you hell on the next update. It’s the sort of issue where I recommend to take the safe path and choose the brand that Avid recommends as it is safe to assume that they have tested both CPU brands (Intel and AMD) before being so definitive on the fact that Intel is best and the most reliable brand to use in conjunction with Pro Tools.

What is the Best CPU for Pro Tools?

There are a lot of variants of the Intel i7 processor so where should one start looking when buying a CPU for Pro Tools? Let’s take a look at some of the best CPU’s out there that are tested with Pro Tools: 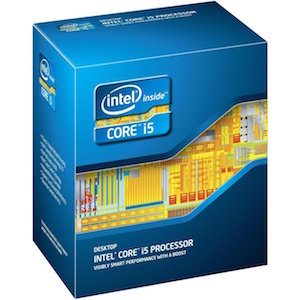 Click here to see reviews and prices for the Intel Core i5-4670 Processor on Amazon.com

With four cores, 6 mb of Smart Cache Memory and a cool 3.4 GHz base clocking speed this CPU will make your workstation purr. This is a great processor for multitasking and it is fantastically speedy – it only has one drawback: when running maxed out on all cores for extended periods of time it heats up and performance decreases.  However, just running Pro Tools will never make it heat up as you will never come close to maxing out the CPU if you are not running any other resource consuming software. 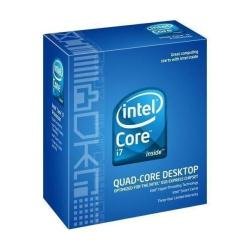 Click here to see reviews and prices for the Intel Core i7-950 processor on Amazon.com

This fantastic processor from Intel has four 3.06 GHz cores for better multitasking and multithreaded performance. The Quick Path Interconnect technology provides very fast data transfer between the processor and chipset while the Smart Cache Memory technology increases available RAM resources in order to reduce lag when multitasking. It works great with Pro Tools due to its fantastic multitasking capabilities – with a processor like this I do not think you will ever have to stress about CPU resources running out while working on large sessions ever again. 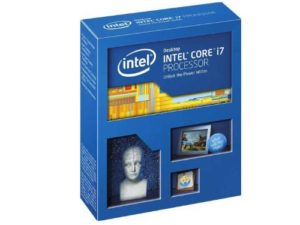 Click here to see reviews and prices for the Intel Core i7-4930K Processor on Amazon.com

This is another multi-tasking beast. With this processor you get six 3.4 GHz cores (with a possible overclocking speed of 3.9 GHz) that simply turn your computer into a rocket. The memory bandwidth goes up to almost 60 GB/s which is absolutely bonkers. It also sports the Smart Cache Memory technology that boosts the physical 12 MB cache memory limitation for incredible multitasking capabilities with no lag at all. Another great feature is the Intel Hyper-Threading Technology which delivers two processing threads per physical core. Highly threaded applications can get more work done in parallel, completing tasks sooner. 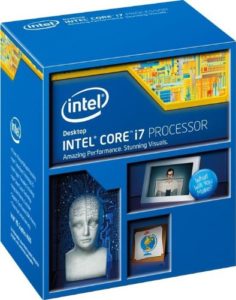 Click here to see reviews and prices for the Intel Core i7-4790K Processor on Amazon.com

Four cores, eight processing threads, and a base clocking speed of 4 GHz make this processor an absolute beast. It has all the smart Intel technologies like the Smart Cache Memory and Hyper-Threading and it makes extreme multitasking seem like something super mundane. You can throw anything at this CPU unit and it will handle it efficiently and without too much resource consumption while always keeping it cool. (from a temperature standpoint, of course)

We compare the the top specifications for the CPUs:

Buying a processor for Pro Tools is definitely not the kind of thing you should do when on a small budget. I really suggest saving up and buying the best CPU for Pro Tools you can, as the payoff will be big.

Of course, if you don’t think you will ever need the craziest CPU out there, go for something more mellowed down, if that’s your thing but think about it like this: you will probably be using that processor five years from now and Pro Tools will probably release two new versions by then – isn’t it best to buy things that don’t become outdated?