Following on from my previous tutorial on the Phasescope (here), I thought it would be useful to look at metering in a little more detail. This article will run through the basics; the differences between the analogue and digital domains, types of meters and offer a little advice on Pro Tools’ metering options.

Imagine you are recording a vocal track; the mic converts the acoustic energy into an electrical signal. If you are mixing using an analogue mixing desk, everything you do on the board is manipulating this signal. If you are recording into a DAW like Pro Tools, the electrical signal (from the mic – maybe routed through a mixing board) is converted to a digital form (ones and zero’s) that the computer can understand – this is done using the Analogue to Digital (A/D) converter in your interface.

You will probably notice that meters in DAW’s go up to 0dBFS (full scale) , whereas analogue mixers tend to go to at least 20dB. I’m sure you are aware that when recording via analogue gear you should aim for a level that sits around 0dB – so whats the significance with 0dB? The reference levels for voltage into decibels are that 0dBU (unweighted) equates to 0.775v and 0dBv (weighted) equates to 1volt; this is why the zero-point is used as the nominal alignment across all analogue gear.

Quick Tip: Headroom refers to the difference between the maximum level that can be handled without incurring distortion and the normal operating level (0dB)

So, do digital systems have headroom?

The short answer is no. 0dBFS refers to the maximum level in a digital system, and digital clipping occurs when you exceed this level (3 consecutive samples at 0dBFS). Generally speaking, when recording into a digital system you should aim for a level that resides around -12dB to allow some space for peaks in amplitude and give you some room for mixing.

DAW meters like those found in Pro Tools have very fast response times and are therefore effective at displaying peaks in amplitude. 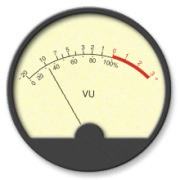 These meters show the average level (rms) and have a response time around 300ms; they therefore don’t represent quick changes in level very well. VU stands for Volume Units and +4 equates to an average level of 0dBu. 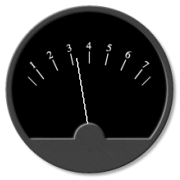 Peak Program Meter: These are mainly used in broadcast situations and have a fast response time of around 6ms. They range from 1 to 7 where 6 is the intended maximum level, the difference between each number is 4dB.

You can set all meters to display either Pre or Post fader levels (Options>Pre-Fader Metering). Pre-fade metering will show you what is arriving at the channel – this way you can tell whether a plug-in is clipping your signal. Post-fade shows the level after the fader and is therefore useful for a visual representation of what your ears are hearing.

You can control the clip indicator setting in the display tab in the preferences – this will help you keep an eye on your levels. You can choose from 3-second, infinite or none – seeing as though we do not want digital clipping in our mixes, it is probably best to set this to infinite! You can also set the Peak Hold setting here (length of time peaks in amplitude are held for on the meter display).

Quick Tip: You can clear individual clip indicators by clicking the meter or clear all using shortcut Option_C (mac)  Alt_C (windows) or Opt/Alt_Click the indicator.

I always mix with ‘Fat Faders’ – or Wide Meters as AVID call them – how boring. Command_Option_Control_Click (mac) Control_Alt_Start_Click (windows) on a meter to switch a wider meter view. To save screen real-estate (I swear that’s the only Americanism I’ll use on this site) you can try adjusting the track width – View>Narrow Mix or Command_Option_M (mac) Control_Alt_M (windows). 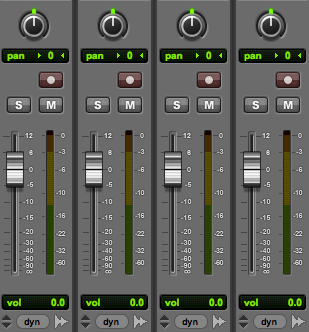 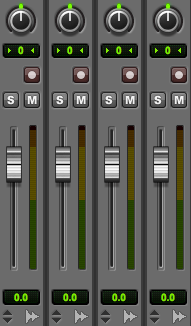 Hopefully you now have a decent background on metering, or at least brushed up on what you’ve previously learnt. You may find it useful to get hold of a VU and PPM metering pluing to see how the types differ; there are loads of free ones knocking about.

In the next tutorial we will be discussing the rare bug in the program that causes fat faders to become self-conscious and start spewing up audio that has only just been recorded – it’s called audiorexia.