I am sure you are aware by now how shortcuts within Pro Tools offer a much quicker editing processes, but were you aware of ‘Keyboard Commands Focus’?

Commands focus is essentially a way of using single-key shortcuts as opposed to having to press various modifier keys at the same time. For example the shortcut to perform the ‘undo‘ command in the edit window is to use the shortcut Command_Z, however when commands focus is active, the same process can be achieved by simply pressing the Z key.

There are three areas which can make use of commands focus within Pro Tools:

The first is the edit window, sometimes referred to as ‘fast keys’, in this mode the focus will allow you to perform edit commands such as undo and fades.

The second is the region list, in this mode pressing a letter will jump to the first region on the list beginning with that letter. This is a useful tool when trying to search for a specific region within your session.

The third mode will focus the shortcuts to the groups list, providing a key is assigned to a specific group, pressing that key in commands focus will activate/deactivate the group.

It should be made clear that commands focus can only operate in one of these three areas at one given a time so you will have to switch to whichever you would like to use at the time.

As previously stated, commands focus can only be used in one section at a time, so you will need to know how to switch between them.

The first way is by clicking the logo in each of the sections as below. 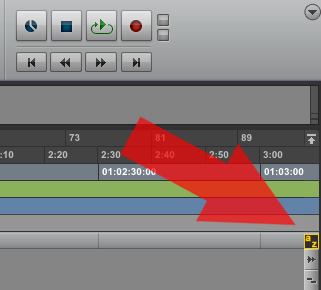 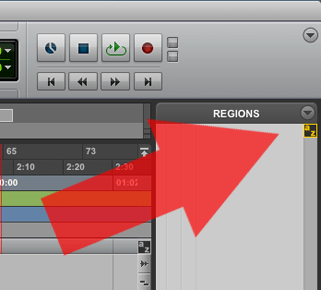 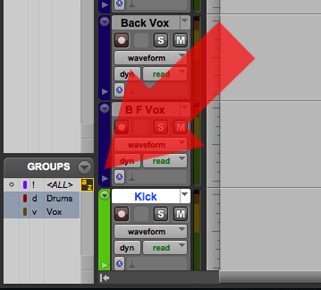 And of course there is a shortcut to jump between them as well, the irony is that the shortcut does not consist of a single key and instead includes modifier keys!

There are many shortcuts which are made easier through the use of commands focus, a read of Avid’s Pro Tools guide will list the shortcuts, failing that, a simple google search should provide you with a vast list as well.